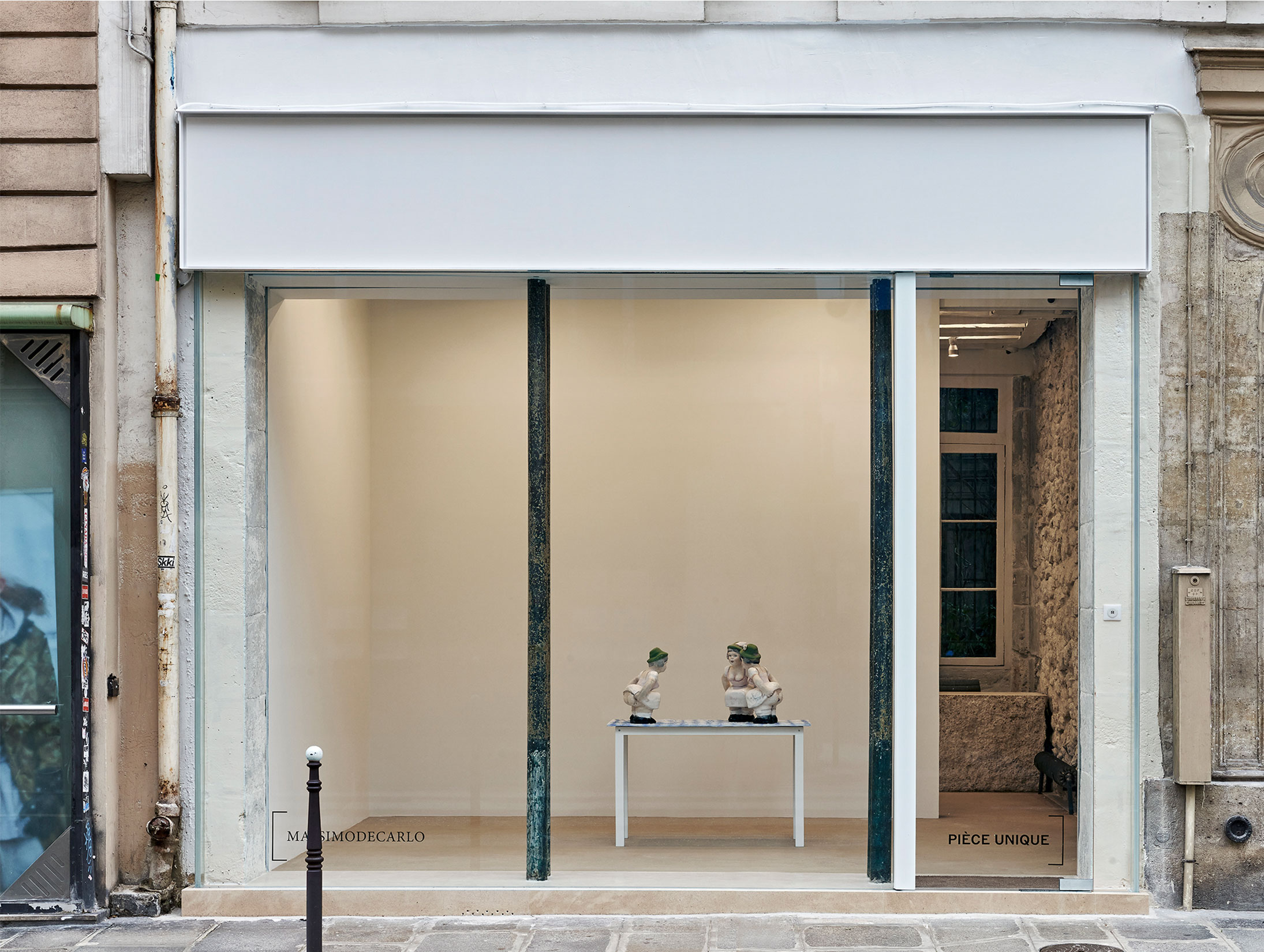 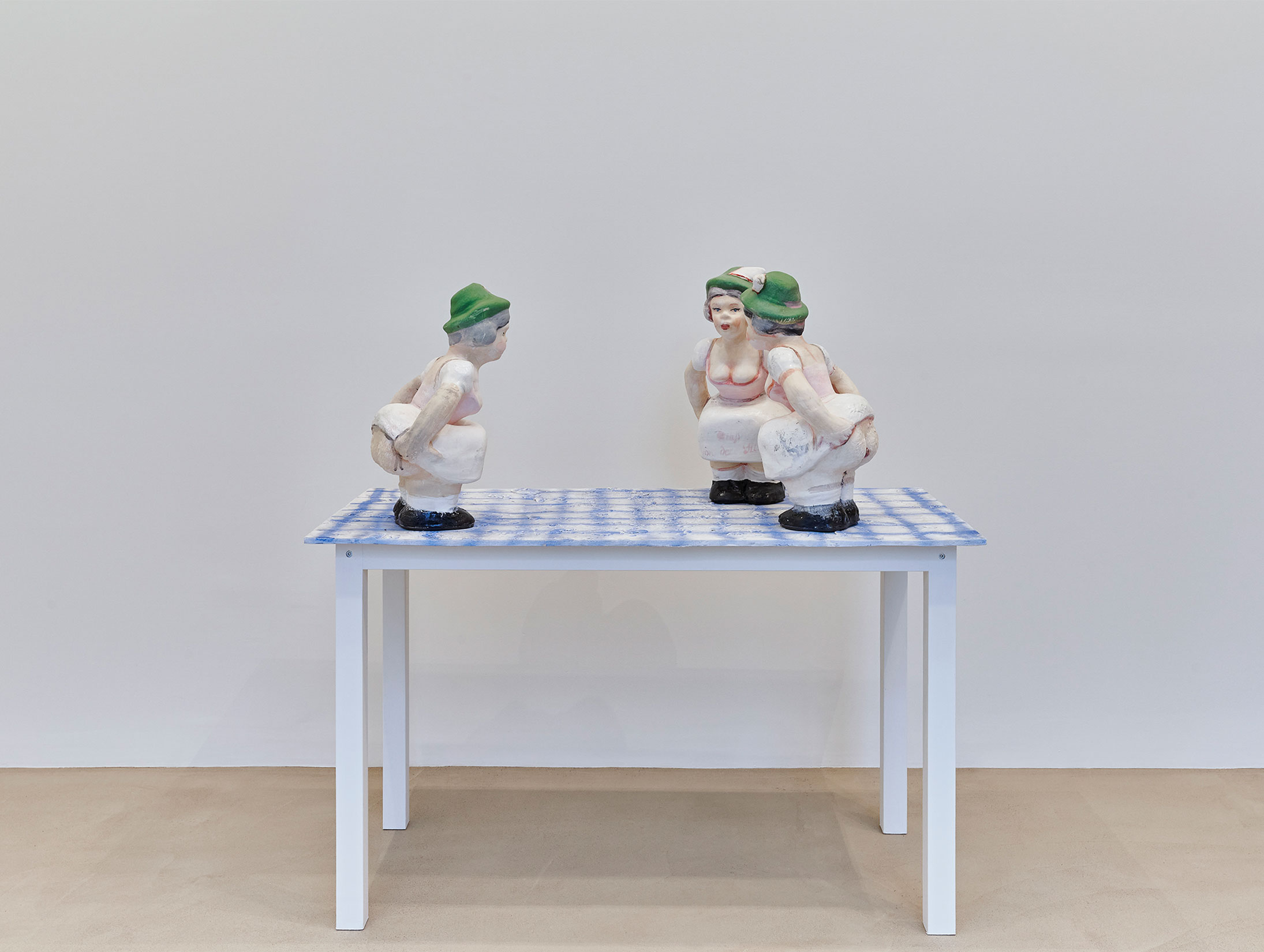 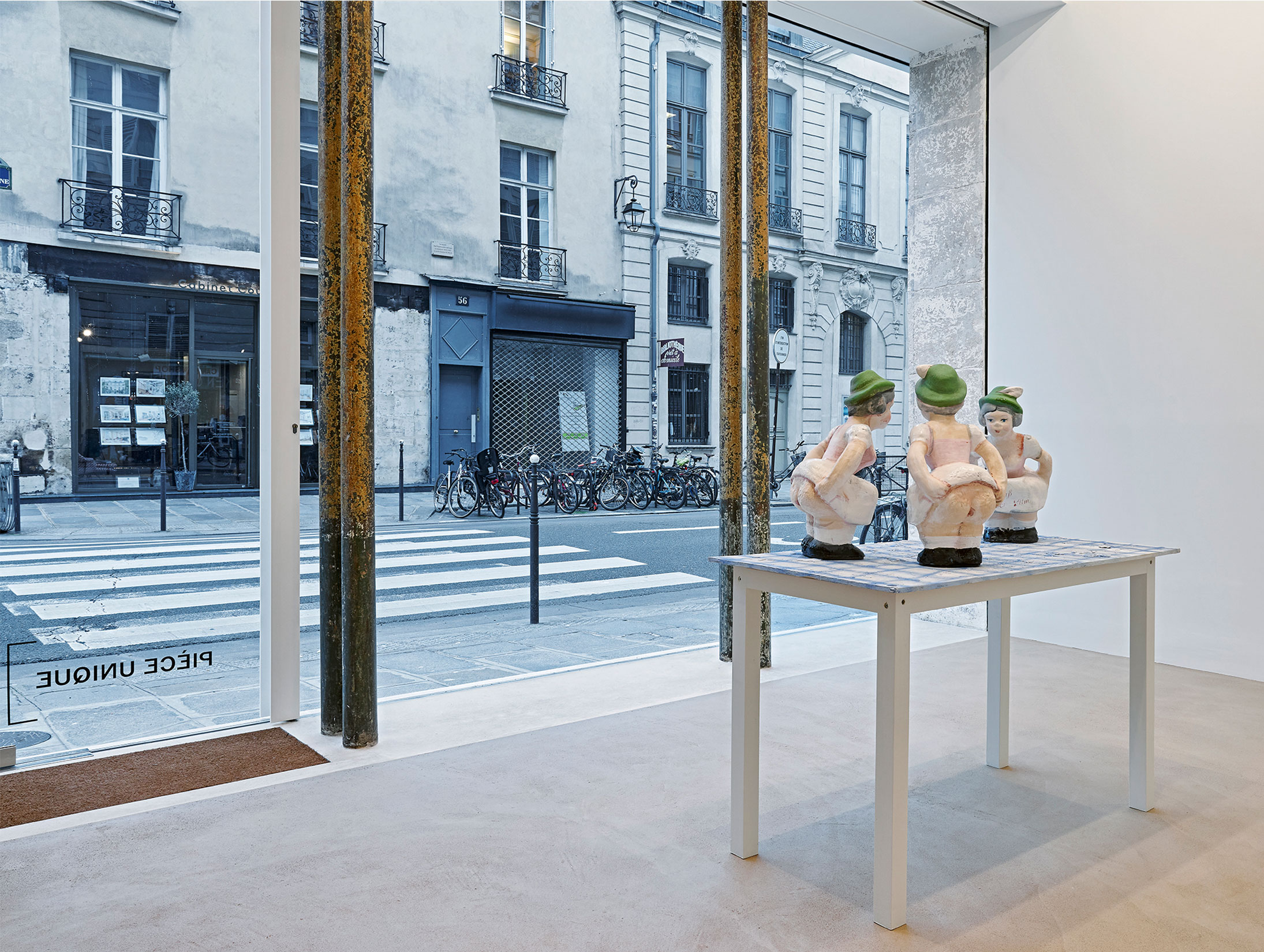 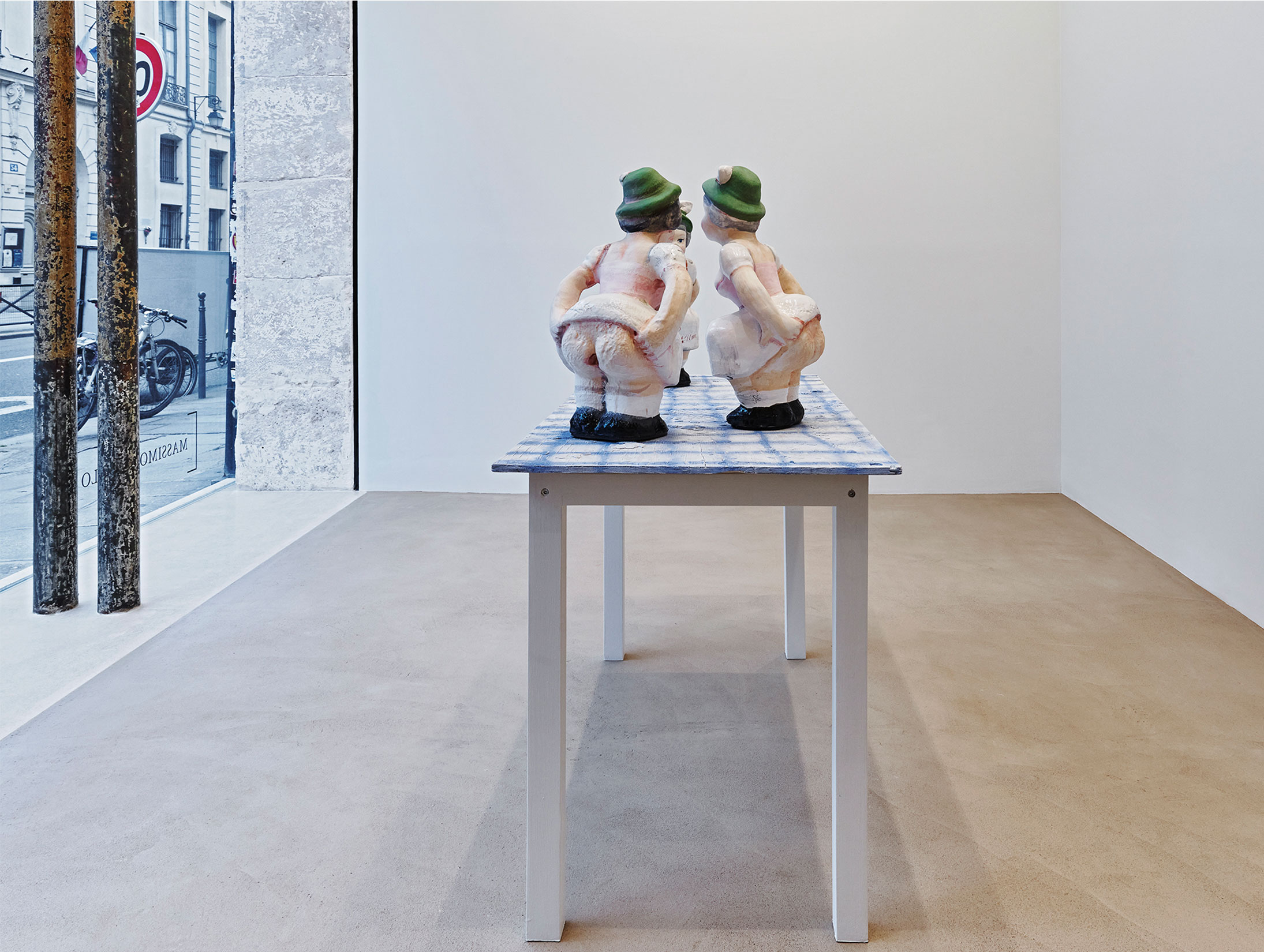 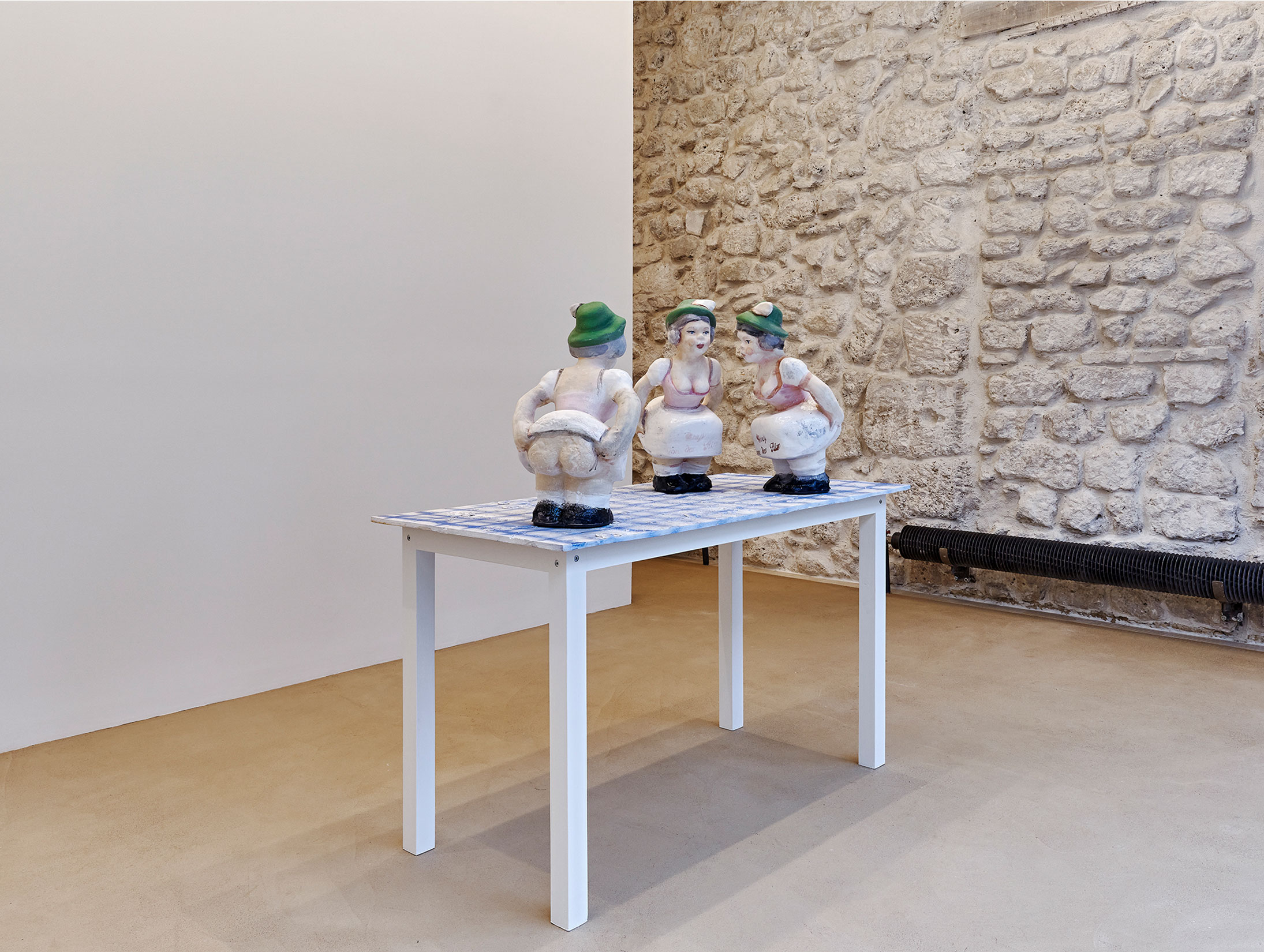 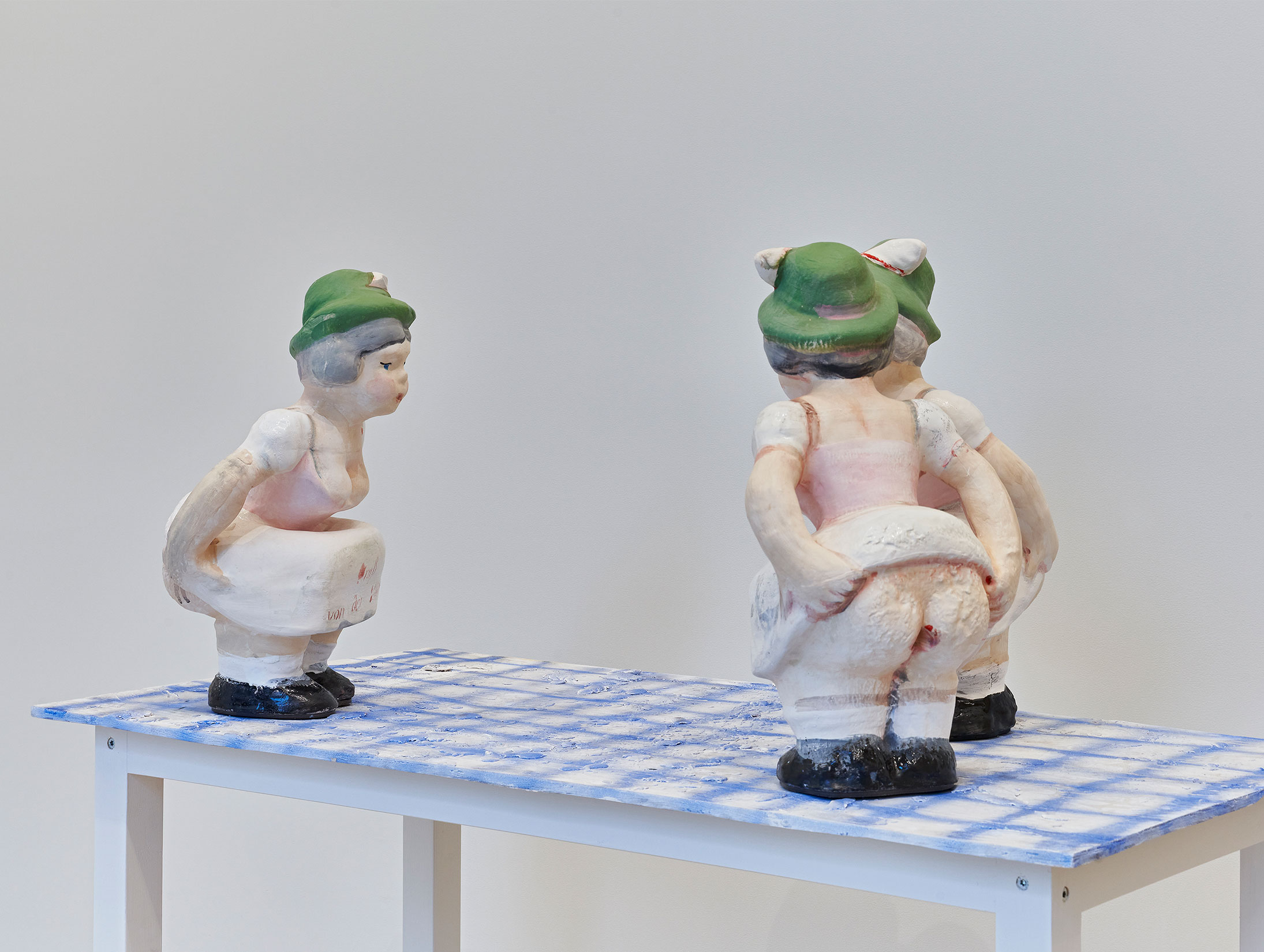 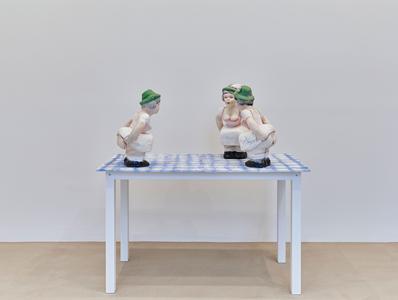 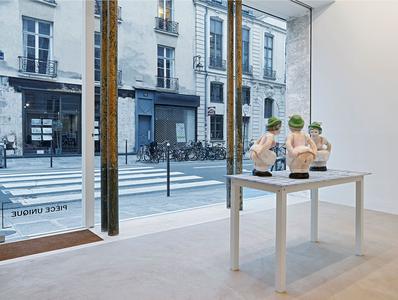 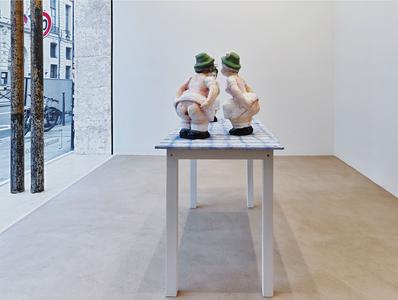 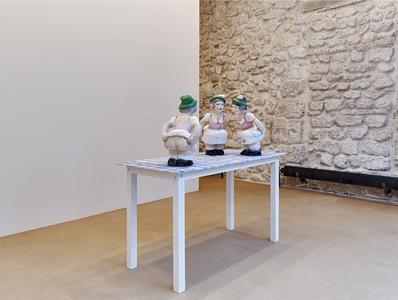 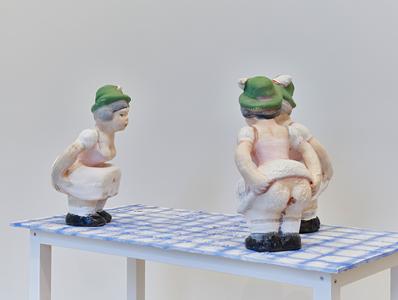 In her practice, Kaari Upson encompasses drawing, painting, sculpture, performance, installation and video. Upson’s work touches on physical and psychological trauma, fantasy and fiction, the uncanny and the domestic, in a strongly autobiographical manner. The artist explores her past through sculptures, fictive spaces, texts and images that recall the gloom of American suburbia and creates a narrative around concepts such as the self and the other, public and private, appetite and disgust.

Here below a text on the exhibition by curator and critic Myriam Ben Salah.

The face is round, puffed up, chubby in a childish way. The hair is short, cut into a prosaic bob, covered with a greenish folkloric hat, a vernacular hint. The bust is prominent, protruding. The round breasts are squashed into a square neck, pure Bavarian fantasy. «Greetings from the mountains in the South». The dress is mid-leght, prudish, modest. Kaari Upson’s Clay Baby (m.l) is a readymade, a 3D print reproduction—at infant scale— of a miniature figurine, a plump, würst-fed germanic archetype that landed in the artist’s Los Angeles studio by way of her mother, via her grandmother. A matrilineal gift of sorts that presumably came from Germany—we don’t really know. One of those unvoluntarily acquired objects that passes from one generation to the other, like a genetic condition. The smooth-skinned original porcelain figure is all business in the front and all party in the back. Discretely lifting up her skirt, she uncovers a bulging rounded behind with a clearly defined whole. Did I mention she is bending over? Yes, it seems that Clay Baby is ready to defecate. Our German doll has the ins and outs—quite literally—of a caganer, a bare-bottom pooping figurine that appears in the nativity scene in certain regions of Spain—again, we don’t really know. It is said that the caganer is a symbol of fertility and good fortune. I wonder what’s the symbol of infertility and bad luck. Some also say that the caganer stands for accepting what we all have in common. Hum, defecate and perish ? If you fill Clay Baby’s butt and light it up, if you plug a stick up her ass—excuse my French—she will defecate ashes, opening up a world of decay hermeneutics. Spodomancy: divination by studying ashes. We don’t know where Clay Baby comes from but apparently she knows where we’re going. 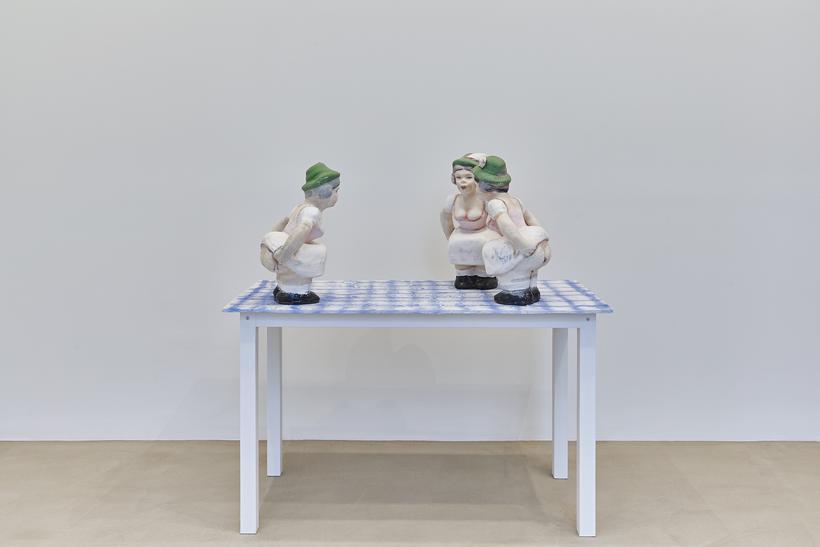