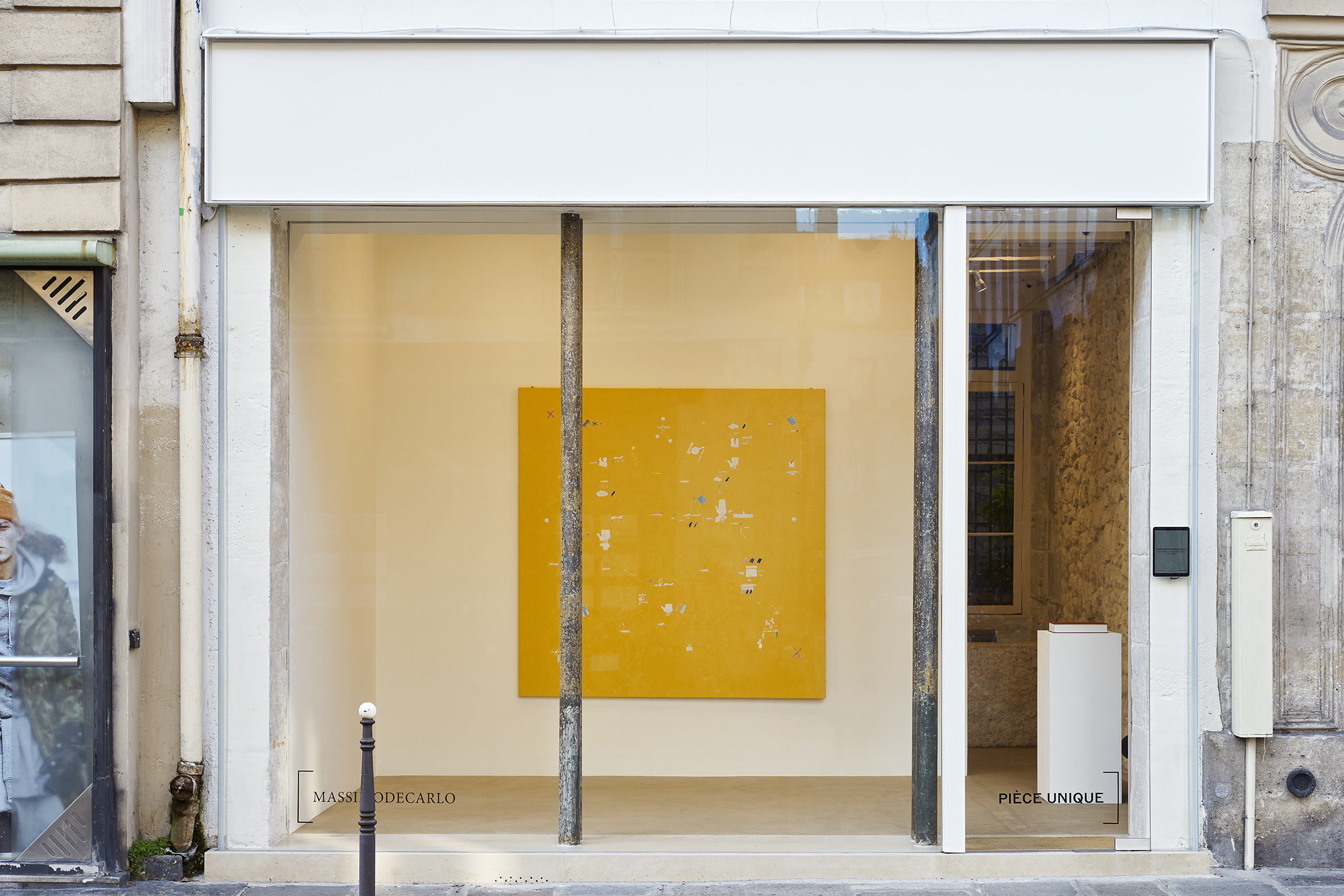 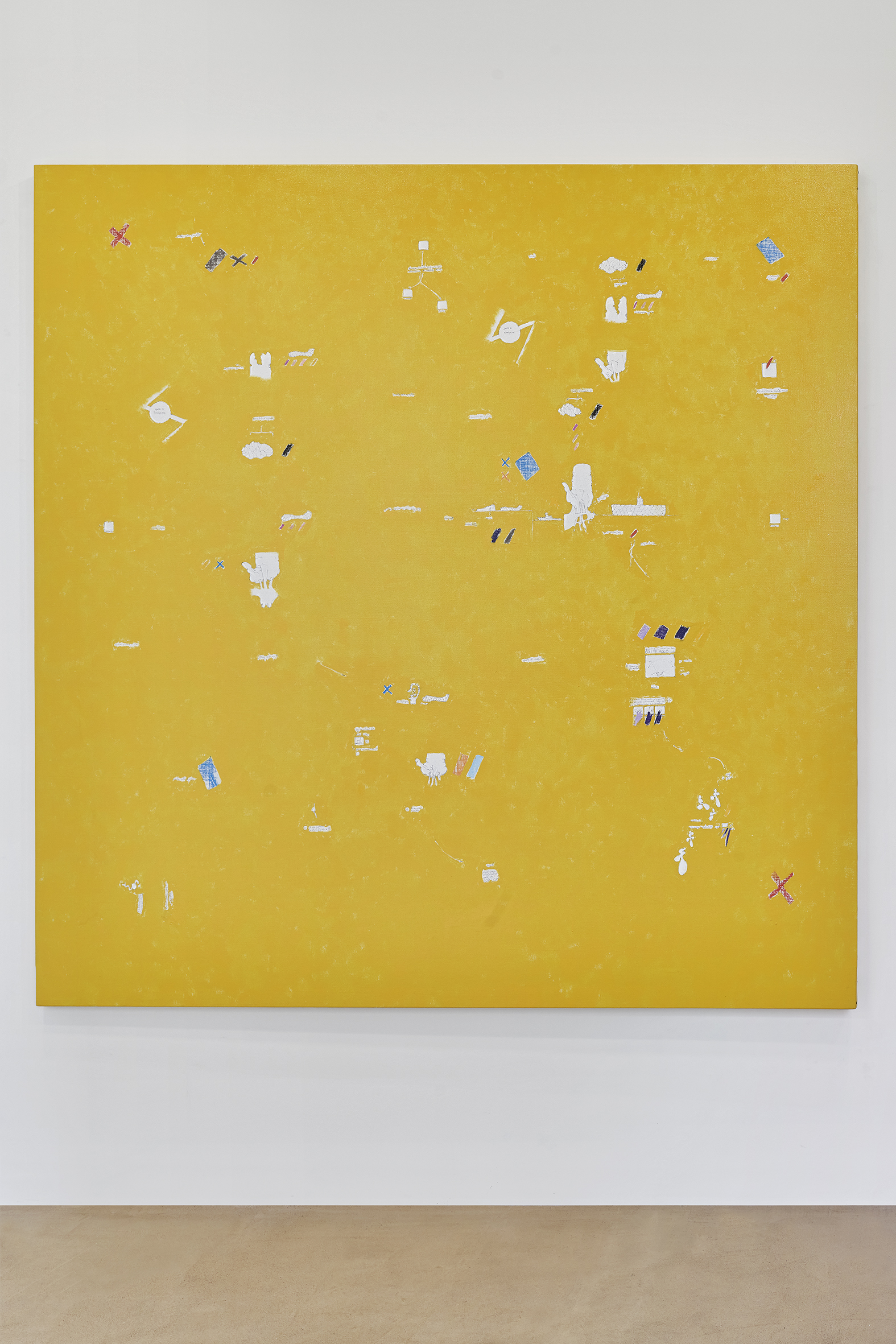 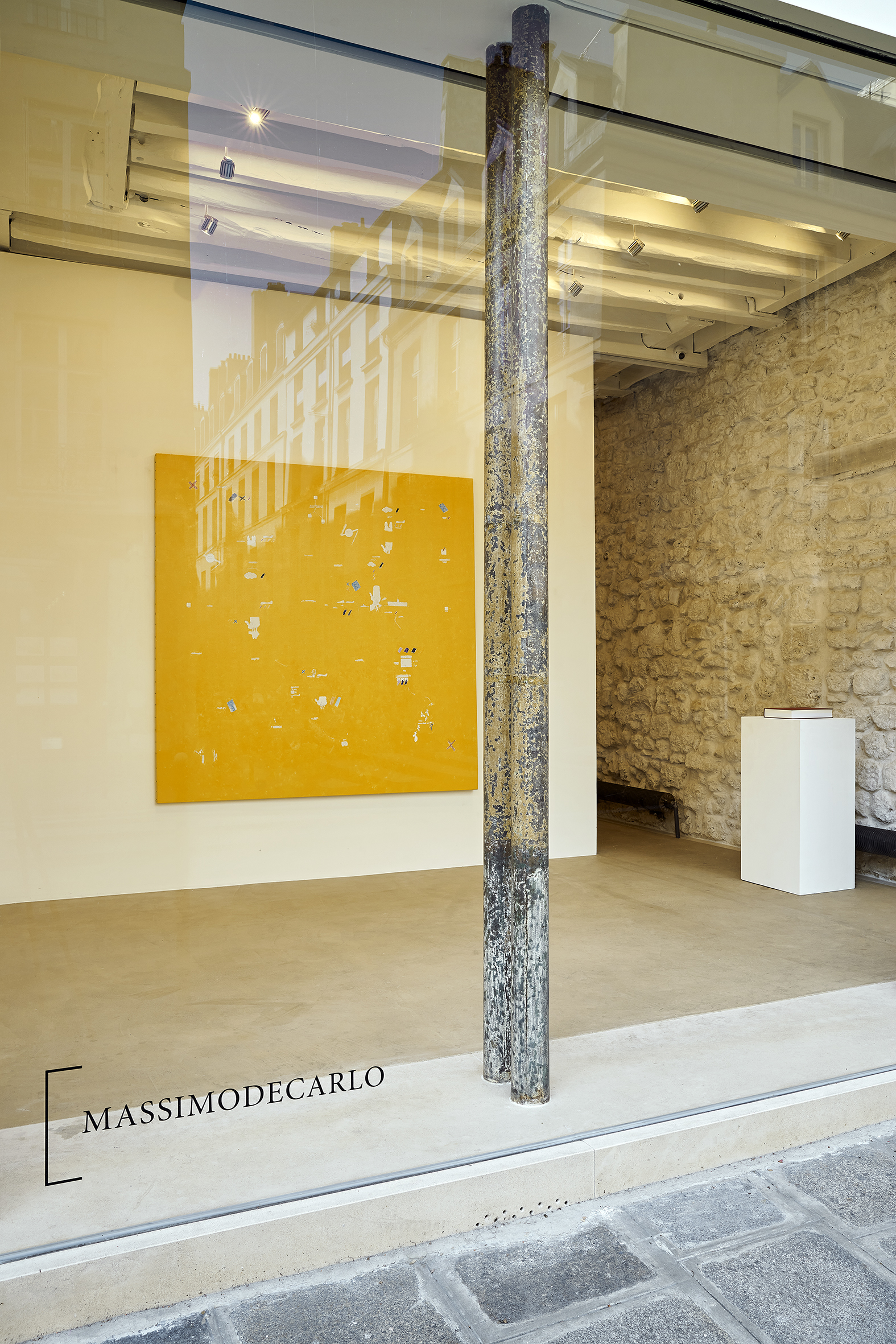 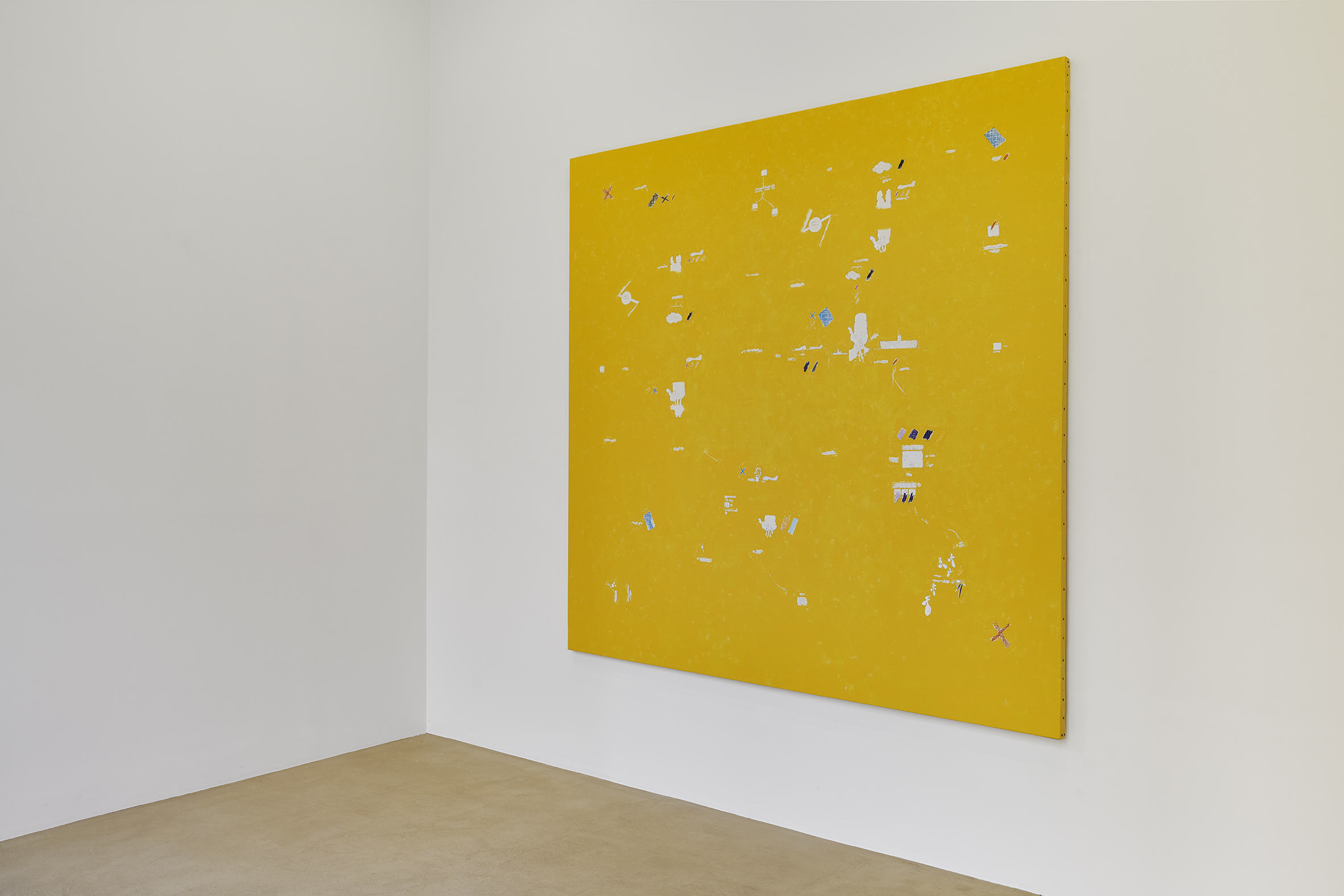 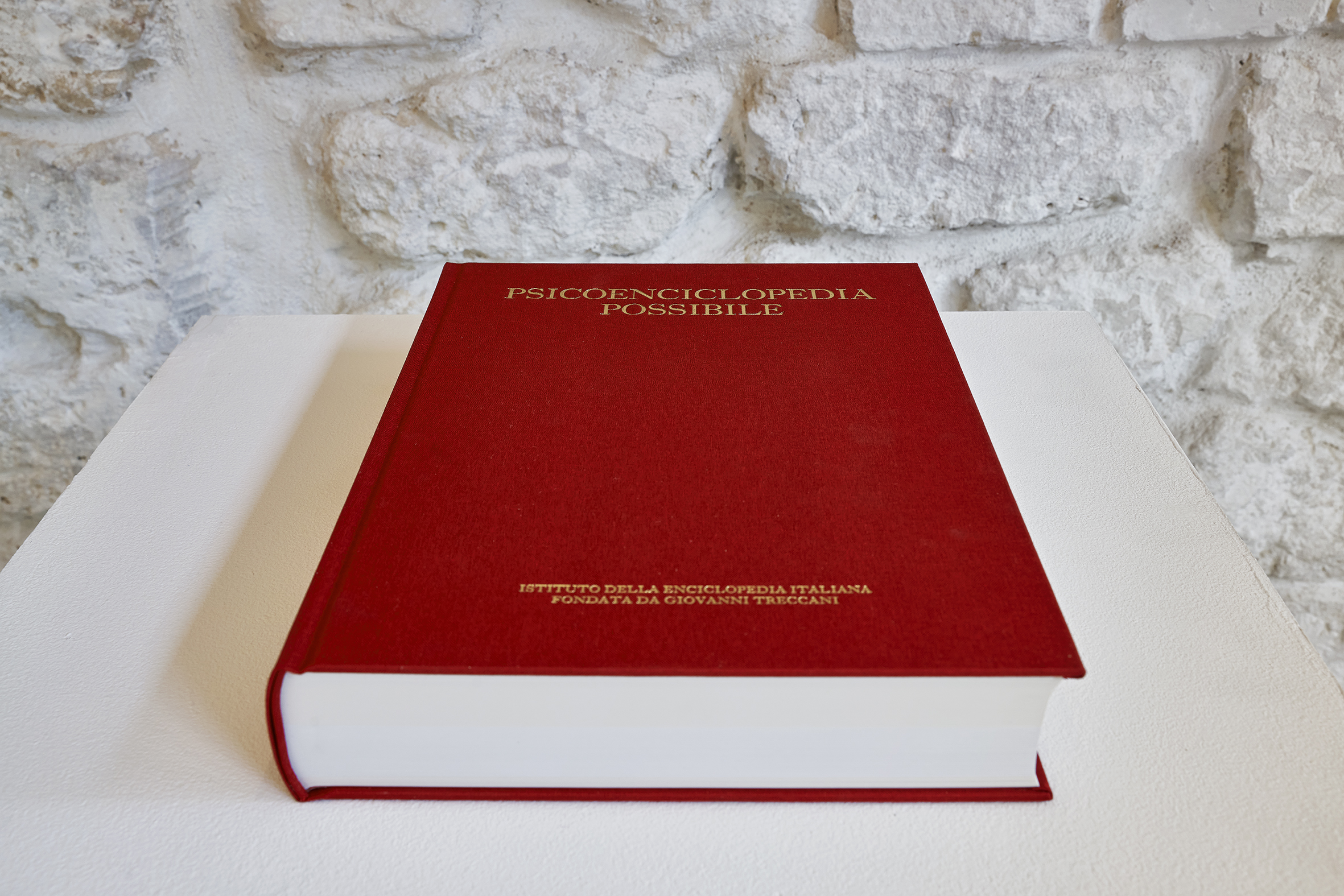 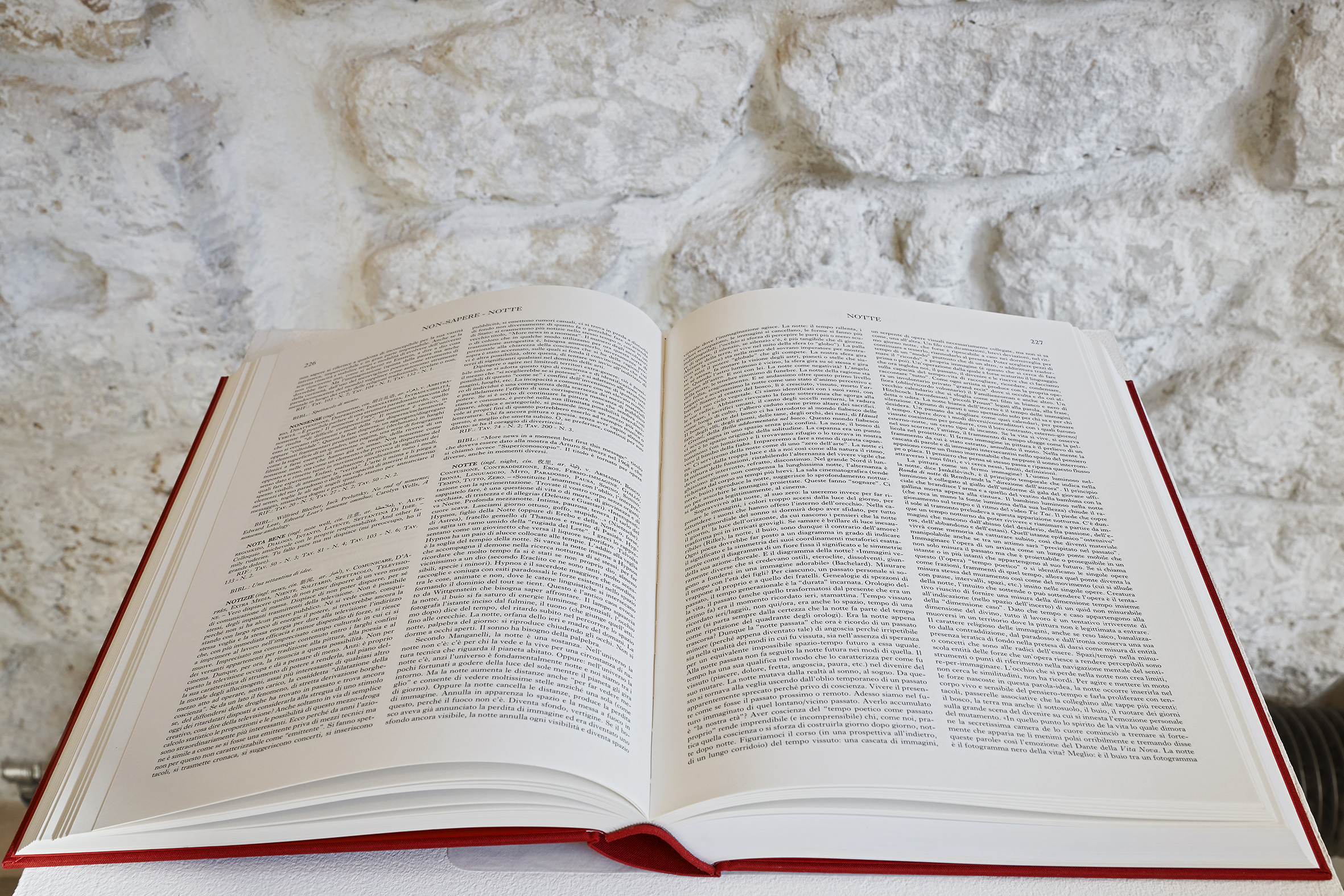 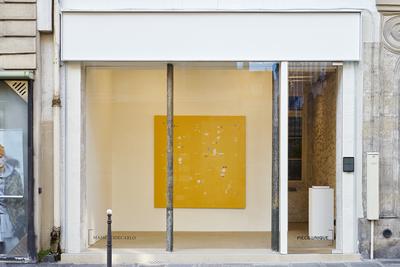 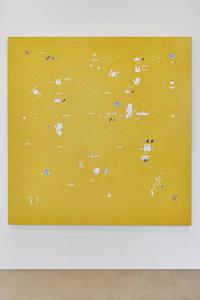 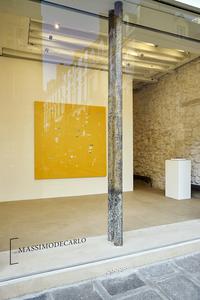 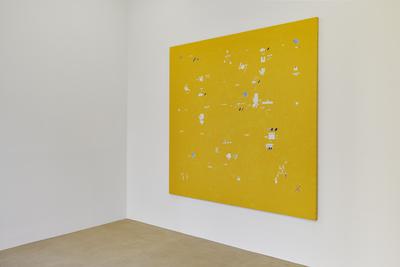 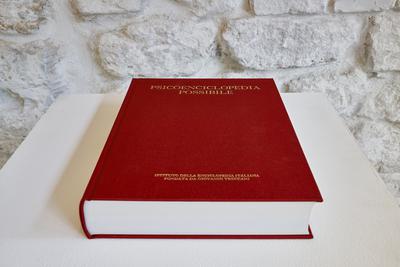 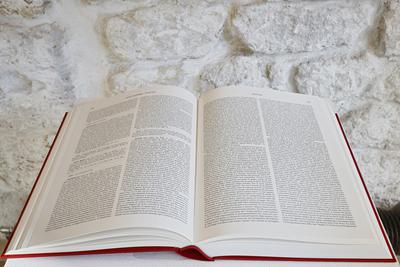 For his third solo presentation at the gallery, MASSIMODECARLO Pièce Unique is delighted to present Figure della notte (Byebye Flexor) by Gianfranco Baruchello, a painting produced between 1997 and 1998. This large-scale painting is emblematic of Baruchello’s ability to transform his relationship with the space around him into art, combining the poetic and philosophical, as well as political and social narratives. The canvas is scattered with miniature characters, words and shapes that populate Baruchello’s inner world and his artistic practice: the most recurrent themes are those of the realm of the house, in which interiors and rooms describe physical and emotional states. This exhibition echoes the presentation of Psicoenciclopedia possibile by Gianfranco Baruchello at the Kandinsky Library of the Centre Pompidou in Paris (September 25 - October 24).

Psicoenciclopedia possibile at Centre Pompidou
"The Psicoenciclopedia possibile is constructed as if it were a volume of the Enciclopedia Italiana Treccani, but it is not. ". G. Baruchello (2020). The Psicoenciclopedia possibile, a major project initiated by Gianfranco Baruchello in 2017 and concluded in 2020, offers a sort of deconstruction of the very system of the encyclopedia. Commissioned and published by the Istituto dell’Enciclopedia Italiana, the volume subverts its structure. In 816 pages, Baruchello creates a complex system that links, through unexpected cross-references, 1,200 entries (in the first part of the volume) and 200 picture plates (in the second part). The entries are taken from writings, published and unpublished, notes and transcriptions of Baruchello's dreams, while the images are the result of a long selection and editing process from various sources. Baruchello therefore puts to the test, this time in a book, the systems of organization (causes, effects, narrative sequences, links) of seeing and knowing. As in all his other works, from painting, to the object, to the installation, the encyclopedia also dismantles the safest and most anchored links to venture into the uncertain, into the possible, into the "pleasure of thinking", through an ars combinatoria which does not exclude the different or the insignificant. With Psicoenciclopedia, an exemplary work, Baruchello questions the 21st century, entering into the plurality of possible points of view.

Gianfranco Baruchello
Gianfranco Baruchello was born in Livorno, Italy in 1924. He lives and works in Rome and Paris. Through his long and ongoing career, the Italian artist, regarded by mentor Marcel Duchamp as his only possible heir, has tackled a vast array of mediums spanning from painting to video via experiments between art and agriculture. Baruchello was immersed in the flourishing of most art movements and socio-political changes of the last century and counted amongst his friends many influential historical figures, artists and thinkers of this and the last century. 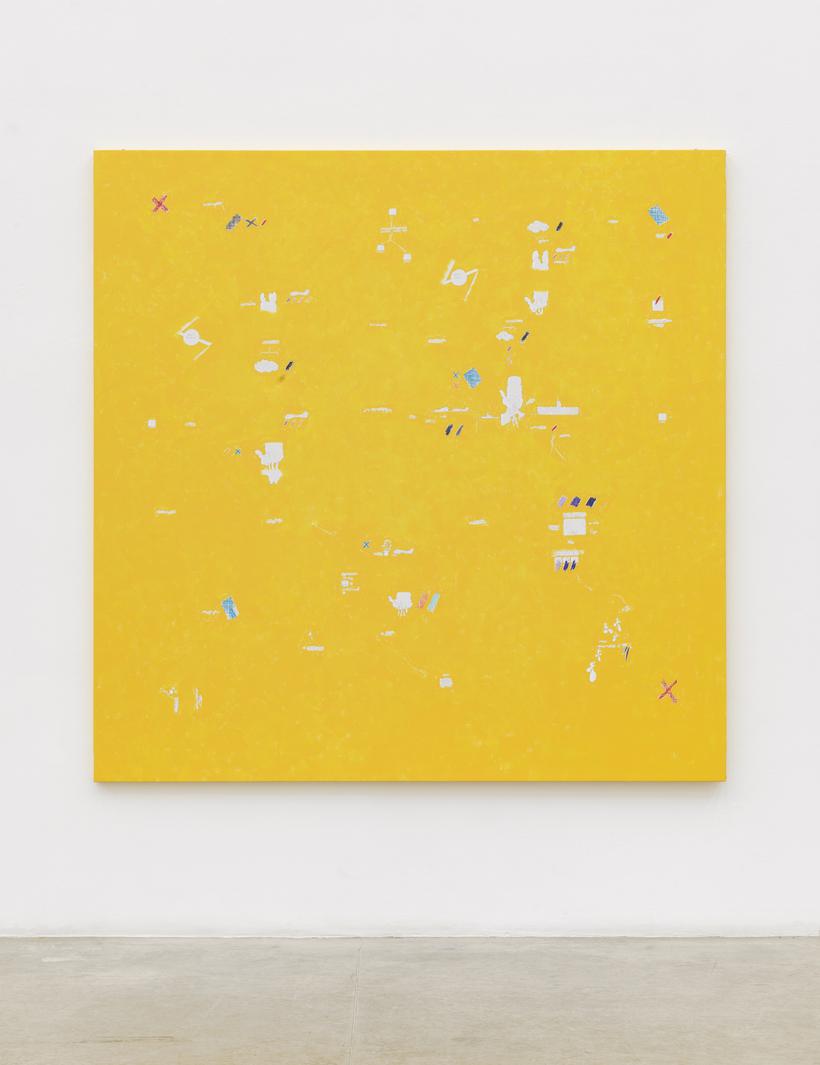